I fear the earth may rip itself from its axis and go hurtling toward the sun at any moment.  Edgy, contemporary Mediterranean-inspired cuisine has arrived (and appears to be thriving) in the barren, culinary wasteland that is the food-fearing tourist mecca of St. Pete Beach...where Crabby Bill's and other mediocre seafood shacks of its ilk have reigned supreme since God was a child.  Hopefully, the Apocalypse is not nigh (despite those pesky Mayan calendar rumors to the contrary) because I need to get back to Chill...like, yesterday.

This sleek, urban-esque little tapas bar shares a building with Steam Espresso Bar (same owners) which specializes in coffee, breakfast, sandwiches and baked goods.  Cute idea!  There is an actual tapas "bar" where diners may sit and watch their creations being prepared to order, which would've been our first choice had it not been already slammed at 6:00 PM on a Saturday night...so we slid into a comfy window booth.  Our server, Carl, was clearly a seasoned professional who was highly knowledgeable of the menu and added a lot to our dining experience with both his efficiency and delightfully wry sense of humor. He bestowed high praise on Underdog's selection of the Chai Sangria (made with Burgundy infused with Bombay chai spices soaked in blackberry brandy and loaded with fresh melon) and after we tasted it, we understood why.  This was a very full-bodied sangria with a cool twist (more fruity varieties are available for traditionalists).  UD seemed loathe to share, judging by the death-grip he kept on the pitcher. 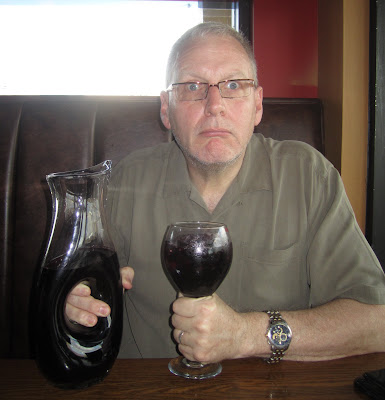 Soup time!  I ordered the seafood corn chowder which was creamy decadence.  Presented in a large troth (just as God intended), it was chock-full of cream, veggies, shellfish...and yes, I'm old, so I can't remember if it was crab and scallops or shrimp and scallops...but who cares, right?  Monkfish, also known as "poor man's lobster", provided additional meaty richness.  Topped with two large, perfect homemade croutons, I could've easily called it a meal after slurping this. 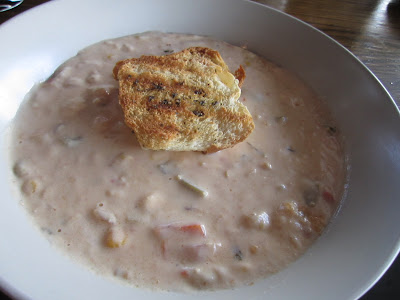 The spousal unit went "dainty" with a mere cup of the Sexy She Crab Soup which was laden with both sweet crab and sherry.  Sexy, indeed...I'd do her myself!  Having spent several years living in the "Home of She Crab Soup" (Charleston, SC), which practically makes him an expert on the subject, UD proclaimed it the best he'd ever had. 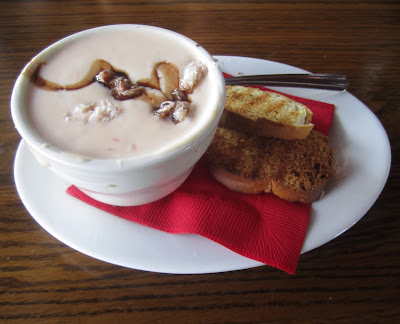 The house-made chicken liver pate was rich, creamy and earthy, plated on a chai sangria reduction and drizzled with a sherry reduction.  More of the freely-offered, delicious house-made toast points accompanied the gorgeous pate (no one is being stingy with bread here or charging an extra dollar for more, which I always hate). The capers and chopped onion accoutrements made an already perfect rendition even better.  SO good. 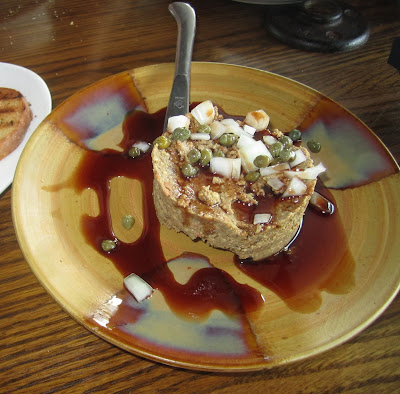 Drunken Mussels were sheer perfection.  Small and tender, they were sauteed in a sweet brandy cream sauce liberally infused with fresh tarragon.  Plenty of soft, fresh bread came with...the better for sopping up that amazing sauce! 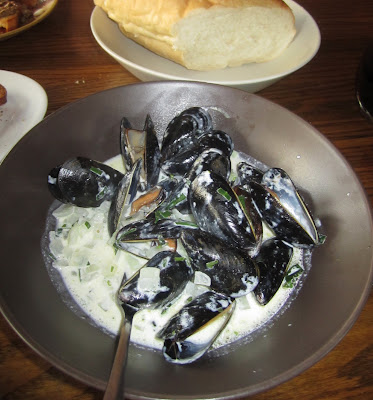 We both love Carpaccio, and while Chill's version was generously garnished with chopped onions, mustard sauce, capers, truffle oil and shaved Parmesan cheese, the meat appeared to be slightly oxidized and the flavor lacked a little of the grassy freshness we expected. Not bad by any means...but we've had better. 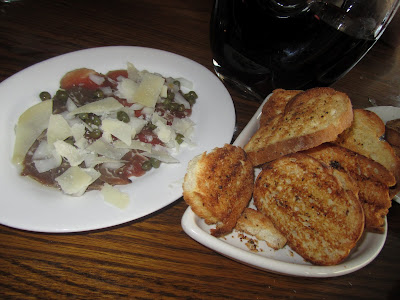 As wonderful as everything was, I was catapulted into "new obsession" territory with one of the specials of the evening...Bacon-Wrapped, Fig-Stuffed Quail.  OMG...even though I felt like I was eating someone's parakeet, I could not stop gnawing the succulent flesh from those tiny, twig-like bones.  The sweetness of fig and balsamic reduction only served heighten the finger lickin' goodness of my formerly-feathered new found friend.  PETA...please lock me up before I rip into something that feels even more wrong (frog is still unchartered territory). 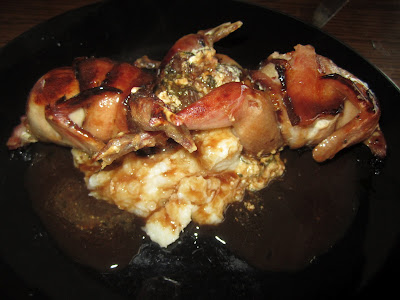 Just when we thought the decadence couldn't be dialed up any further, dessert time arrived.  Chill's signature dessert, "Red", is a diabolical creation where red velvet cake meets fudge brownie, bread pudding and ice cream...and then they all pile into the handbasket and go catapulting into Hell as one.  As disturbing as it is, you can't take your lips off it...so, drink if you must to forget the hail damage this will do to your thighs and order it...you only go around once. 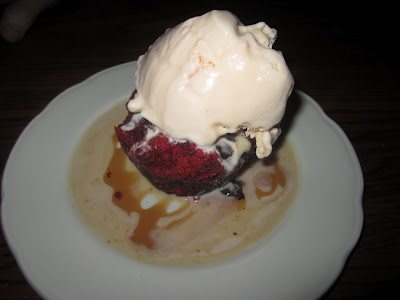 Our dining experience at Chill was fabu from start to finish. We also enjoyed the entertainment provided by a very talented acoustical duo who performed mellow, jazzy renditions of '60s and '70s pop and Motown favorites at a civilized volume over the course of the evening  The Pinellas beaches have needed a restaurant of this calibre for a long time.  Great food, professional service, an urbane crowd and low-family-and-tourist-density make it a great date night for foodies on the beach.

Posted by Denise Parker at 6:55 PM

Email ThisBlogThis!Share to TwitterShare to FacebookShare to Pinterest
Labels: Tapas